In the screenshot below, the following holds: 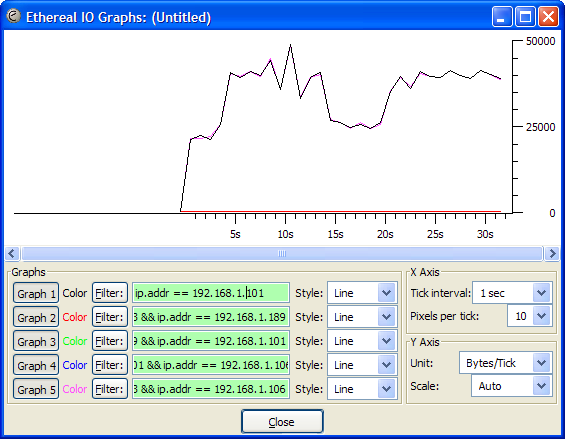 In the screenshot below, the conversation included audio and video until t = 35s. After t = 35s, the traffic is audio-only. 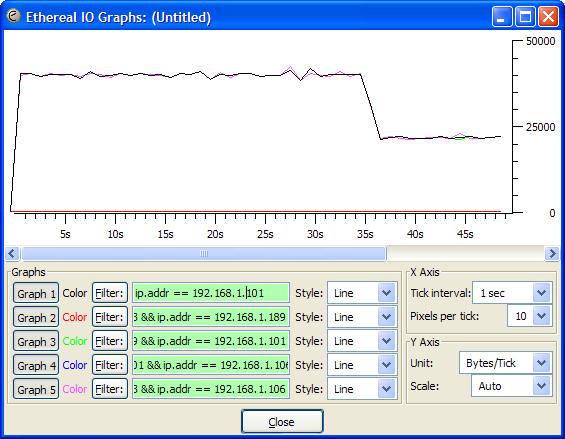 As we see from the graph shown above, the used bandwidth for audio-only is approximately 22500 bytes/second while the used bandwidth for audio and voice is approximately 40000 bytes/second. For the audio codec the 22500 bytes/second corresponds to 22500*8/1000 = 180 kbps. Because this is traffic in two directions, (180/2 =) 90 kbps is the traffic in one direction. The expected Nominal Ethernet Bandwidth (one direction), also called NEB is 87.2 kbps which corresponds reasonably with the measured 90 kbps. The g711u has a transfer rate of 64 kbps and the difference between the NEB and this transfer rate (~ 90-64=16 kbps) is packet overhead.

Differences between voice and video

Two SIP phones are connected to the same Asterisk PBX Trixbox. One SIP phone is equiped with a camera while the other is not. The bandwidth usage is measured between the Trixbox and the SIP phones connected to it. 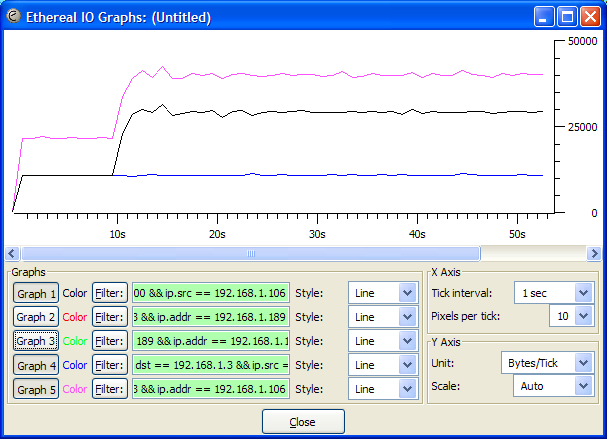